In case you weren’t convinced yet, there is now another reason  to make sure you include dark chocolate and other flavanol containing foods in your diet.  A new study was published last week in Scientific Reports showing that cocoa flavanols help improve blood oxygen levels in the brain and improve cognitive function.  This small study was conducted on 18 healthy males between the ages of 18 and 45 and they were randomly given either flavanol-rich cocoa or processed chocolate with very low flavanol content.  They were then made to breathe air that was 5% carbon dioxide (CO2), which is 100 times what is normally found in the air we breathe to determine how well their brains would respond.  They typical response is increased blood flow to the brain in order to bring in more oxygen.

The study found that the oxygenation process (increasing oxygen and decreasing CO2) was much faster in those who consumed the flavanol-rich cocoa and they also reached maximal oxygenation levels that were more than three times higher.  These participants performed significantly better on cognitive tests and completed them 11% faster than those who drank the non-flavanol placebo.  This improved performance was evident when they performed the most challenging and complicated tests that require higher-level cognitive skills.

This research confirms what has been shown by many other studies, that flavanol-rich foods improve blood flow not only in the brain but throughout the body, including reducing blood pressure (as we discussed in another recent article).  Besides cocoa, flavanols are high in tea, apples, berries, red grapes, and red wine, as well as vegetables like kale, onions, and hot peppers.  This latest study suggests that if healthy brains perform better on a diet rich in flavanols, other populations such as the elderly or those at risk of cardiovascular disease may see even greater benefits. 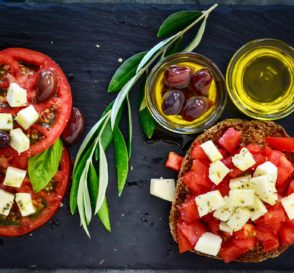 It turns out that even if you don’t cut out meat and dairy completely, but go mostly plant-based, your blood pressure will improve.  A study from Warwick Medical School, which conducted a review of 41 previous clinical studies on the …
Brigitte Kelly|August 6, 2020|