A study published on May 22, 2019 in the JNCI Cancer Spectrum provided an even clearer picture of how diet affects cancer risk.  Over 80,000 new adult cancer cases in 2015 were directly attributable to dietary factors.  The main contributors were:

It was also estimated that about 16% of those 80,000+ cancers were attributable to obesity, which was associated with an increased risk of getting at least 13 types of cancer.  Poor diet and inactivity are major contributors to excess weight gain.

Another study published this May with results from the federally-funded Women’s Health Initiative provided evidence that women who ate a lower-fat diet high in fruits, vegetables and whole grains had a lower risk of dying of breast cancer.  Doctors agree that diet is an important factor in determining your likelihood of getting cancer and how your body will respond.

Some immediate changes you can make include substituting whole grain breads, pasta and cereals for those made from refined grains, and eating brown rice instead of white.  Begin using plant-based proteins like beans or tofu in the place of meat in at least some of your meals, while also eliminating processed meats like bacon or hot dogs.  Avoid sugary drinks and desserts; eat fresh fruit and drink water instead.  Also, be sure to add the following cancer-fighting foods to your meals as often as possible:

The way you eat can help prevent cancer instead of causing it. 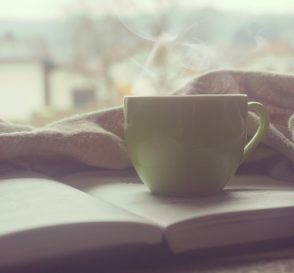 One of the latest studies on the benefits of drinking coffee comes from the Baylor College of Medicine and is focused on its effect on the gut microbiome.  They found that people who drank two or more cups of coffee …
Brigitte Kelly|November 7, 2019|

Please log in again. The login page will open in a new tab. After logging in you can close it and return to this page.