AAA-CHOO!!  If that’s how you sound around this time of year when flowers are blooming and pollen is abundant, there are some foods you can eat that may help relieve some of your allergy symptoms like sneezing, coughing, runny nose, or itchy eyes.

If you have seasonal allergies, your body is likely to react to potential allergens like pollen by releasing chemicals called histamines.  These histamines cause the unpleasant inflammatory symptoms that involve swelling of the nasal passages, eyes, and throat.  Depending on the severity, treating your allergies can include consulting an allergist or other physician, and taking antihistamines or prescribed medications.  Foods that are anti-inflammatory and have antihistamine properties can also help alleviate some of your symptoms and include the following:

Ginger.  This spice has been used for thousands of years for its medicinal effects, including anti-inflammatory properties that help with allergies.  It’s a natural antihistamine that blocks the release of histamine, plus it’s also great for your immune system.  The benefits seem to come either from fresh ginger or from dried, so feel free to use either or both.

Turmeric.  This member of the ginger family has similar healing properties, can block the release of histamines, and also works as a decongestant and anti-inflammatory.  You can cook with it or take it as a supplement, but make sure it’s paired with black pepper, which increases the bioavailability of its active ingredient, curcumin.

Citrus Fruits.  Vitamin C is a natural antihistamine, not only blocking the release of histamines, but also helping to break down any histamine that has already been released into your bloodstream.  It’s also an antioxidant that works against the inflammatory allergic response, plus it boosts your immune system.  Besides oranges, lemons and grapefruits, other foods high in vitamin C include cantaloupe, bell peppers, Brussels sprouts, and broccoli.  You can also take a vitamin C supplement.

Onions.  Foods that are high in the antioxidant quercetin act as natural antihistamines, to decrease the amount of histamines released into the body and thereby reduce allergy symptoms.  Besides onions, quercetin-rich foods include peppers, cabbage, apples, berries, and parsley.  Keep in mind that quercetin content is reduced when the food is cooked, so it’s best to eat it raw whenever possible.

Tomatoes.  The lycopene in tomatoes is an antioxidant that helps decrease inflammation caused by allergic reactions.  Your body absorbs lycopene better from tomatoes that are cooked instead of raw though, so think in terms of prepared foods like marinara sauce, tomato soup, or ratatouille.

Hot Peppers and Spicy Foods.  These foods act as natural decongestants and can instantly start your nose running and eyes watering.  The capsaicin in hot peppers helps ease sinus pain, reduce inflammation, and release mucus.  Whether you prefer wasabi, horseradish, or a variety of hot peppers, your tolerance for heat will be the determining factor in how much of these you use.

If you’re prone to seasonal allergies, it’s smart to give your body a head start and eat the foods that alleviate the problem before your symptoms even begin.  It also helps to get plenty of rest and stay hydrated. 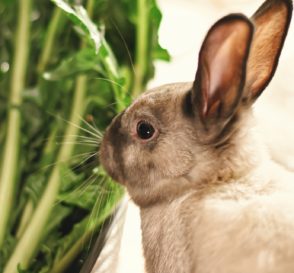 Most of us are aware that we need to protect our ears from loud noises that can cause damage to our ears.  It’s also clear that people sometimes experience loss of hearing as they get older.  What you might not …
Brigitte Kelly|October 8, 2020|