The study analyzed 4729 previous studies from five leading global health databases which included health and dietary records of more than 570,000 people in Italy, China, Iran, and the US.  They compared those who ate peppers regularly to those who rarely or never ate them.

They also point out that previous studies have shown that chili peppers have anti-inflammatory, antioxidant, anticancer, and blood-glucose regulating effects.  This is due to their capsaicin content, the compound in the peppers that makes them taste spicy.  Capsaicin also lowers blood cholesterol and reduces lipid deposits, as well as dilating the blood vessels to help blood flow.

As if that wasn’t enough, hot peppers offer these additional benefits:

Protection from microbes – hot peppers have been used historically to prevent food from spoiling in warm climates where there is no refrigeration.  Capsaicin can inhibit as much as 75% of bacteria growth.

Soothe your gut – even though it may sound counterintuitive, there is a receptor in your digestive tract that capsaicin attaches to, which creates a chemical called anandamide.  Anandamide reduces inflammation in your gut which can be caused by conditions like colitis and Crohn’s disease.

Immune booster – peppers are loaded with the antioxidant vitamins A and C that help strengthen your immune system, as well as contributing to eye health.

Pain relief – capsaicin has powerful pain-relieving properties which appear to work by desensitizing nerve receptors.  It is used in a number of topical creams that ease pain from conditions like shingles and osteoarthritis.

Besides improving your health, peppers go a long way towards improving the flavor of your meals.  Try different varieties, starting with the milder ones like anaheim and poblano peppers, then work up to jalapenos and serranos for medium heat, being very careful before graduating to habaneros and scotch bonnet.  If you happen to bite off more heat than you can stand, drink some milk to help you put out the fire. 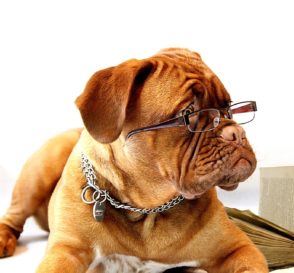 A new study published in JAMA provides a report card on the American diet and shows that we have not learned our lessons very well.  We’re still eating too many bad carbs and more saturated fat than we should. In …
Brigitte Kelly|September 26, 2019|