A recent study published in The Lancet determined that poor diet was responsible for 11 million preventable deaths globally in 2017, amounting to 22 percent of adult deaths.  Around 10 million of those deaths were from cardiovascular diseases, with cancer being next and Type 2 diabetes third.  In addition to those deaths, there were 255 million Disability Adjusted Life Years (DALYs), which are defined as the number of years spent living with disabilities directly linked to poor diets as well as the number of years lost due to early deaths associated with eating poorly.

By examining 15 different types of foods and nutrients and how they either increased or decreased health risks, the researchers found that not eating enough healthy foods was an even bigger problem than eating too many unhealthy ones.  The three biggest risk factors were too much sodium and not enough whole grains and fruits.  Also lacking were enough vegetables, nuts and seeds as well as omega-3 fats.

The US ranked #43 in diet related deaths, with Israel, France, Spain and Japan having the four lowest number of deaths.  The study also confirmed that countries that ate a Mediterranean diet had better outcomes.

An important takeaway from this study is that a healthy diet should focus less on what foods to cut out and more on adding nutritious foods, including whole grains, nuts and seeds, fruits, vegetables, polyunsaturated fats and legumes (beans and peas).  Allow these to replace sugar-sweetened drinks, trans fats and processed meats or grains that have been stripped of their nutritional value.  By paying attention to what you’re eating and making conscious decisions to choose foods that will improve your health instead of harming it, you can extend your life as well as improving the quality of your years.

According to the NRDC, up to 40% of the food in the US is never eaten, while 1 out of 8 Americans don’t have enough to eat 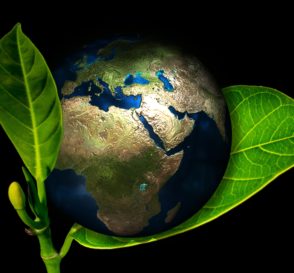 In addition to all the new reports coming out every day about the health benefits of reducing meat consumption, this new report shows how we can help the planet at the same time – a plant-based 2fer!   (CNN)A climate …
Brigitte Kelly|August 15, 2019|

Please log in again. The login page will open in a new tab. After logging in you can close it and return to this page.