The American Journal of Clinical Nutrition published a study on July 20th stating that “across all preventable risk factors for disease in the US, poor diet is now the leading cause of poor health, associated with more than half a million deaths per year — or more than 40,000 deaths each month”.  We are told that mainly because of diet-related illnesses, more Americans are sick than healthy.

The Standard American Diet (SAD) has been getting worse instead of better.  Since the 1970s, Americans have been eating bigger portions and snacking more often, with consumption of snack foods like crackers, pretzels and chips increasing by 200% and the average portion size of a sugar-sweetened beverage increasing by more than 50%. Ultra-processed foods now make up around 60% of all the calories eaten in the US. In the last 20 years, the number of American adults with diabetes has more than doubled to more than 100 million and almost half of adults suffer from diabetes or prediabetes.  840,000 Americans die each year from cardiovascular disease and 122 million suffer from it.  3 out of 4 American adults are overweight or obese and about the same percentage of young Americans don’t qualify for military service, with obesity being the biggest reason for medical disqualification.  Diet-related chronic diseases include heart disease, strokes, cancer, diabetes, obesity, poor brain health, and autoimmune and inflammatory diseases.  On top of all that, we now know that diet-related illnesses like diabetes, obesity and hypertension are risk factors for more serious complications and death from Covid-19.

The report recommends a number of changes that should be implemented by the federal government such as creating a National Institute of Nutrition and making a major national effort to combat all of the problems created by poor diet.  While governmental programs are badly needed to make systemic improvements in the SAD, each of us has to make a concerted effort in our own lives to make better choices about what we eat and drink in order to improve our health.  We can aim to eat whole, mostly plant foods, as close to their natural state as possible and stay away from the ultra-processed, fast, and junk foods.  These include items like soft drinks, chips, candy, baking mixes, instant noodles, boxed cereals, chicken nuggets and hot dogs.  As much as you can, prepare your own meals from scratch using herbs and spices for flavor instead of excess salt, sugar and fat.  Eat as many fresh fruits and vegetables as possible along with other high fiber foods like nuts, beans and whole grains.  Drink water, tea, or coffee instead of juices or sugar-sweetened beverages.  Most importantly, be mindful of what you put in your mouth and make sure it’s providing nutrients instead of empty calories. 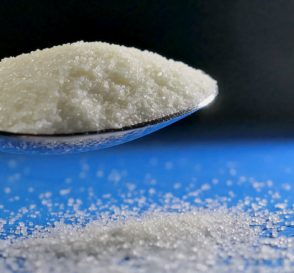