Many people are addicted to fast food because it’s loaded with salt, sugar, and fat.  At the same time, they are reluctant to eat home-cooked meals that they find less satisfying.  The key to wanting to eat the healthy meals you cook yourself is to make them taste good, and the best way to do that is by using plenty of herbs and spices.  Not only will they help you avoid adding excess salt, sugar, and fat, they also offer added health benefits.

Herbs, like oregano and basil, are the leaves of the plant; spices, like ginger or cinnamon, are usually made from the seeds, berries, bark, or roots of the plant.  In either case, they are concentrated sources of antioxidants that fight inflammation and help protect your cells from damage.  They are also healing and help prevent illness, and the following are a few of the best:

Add flavor to your dishes and amp up their nutritional and healing benefits by spicing them up. 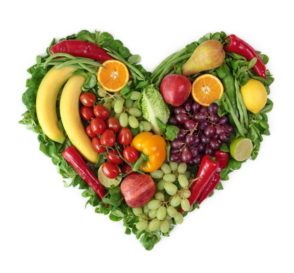 Show your heart some love by eating foods that will keep it healthy.  Heart disease is brought on by a number of health factors including high blood pressure, high cholesterol and inflammation.  By eating foods that reduce these harmful conditions, …
Brigitte Kelly|February 8, 2019|