A new study from Vanderbilt University Medical Center has found that a diet high in yogurt and fiber results in a 33% reduction of lung cancer risk.  The study involved about 1.5 million adults in the US, Europe and Asia and it was observed that those who ate high amounts of yogurt had a lower lung cancer risk and so did those who consumed high amounts of fiber, and the reduction in risk was even greater in those whose diets included high amounts of both.  The finding was consistent among current, past and never smokers as well as men and women or people with different backgrounds.

The researchers believe the health benefits from these two foods may have to do with their prebiotic and probiotic properties, with probiotics being the good bacteria in your gut and prebiotics the food that feeds and promotes the growth of the probiotics.  Yogurt is rich in probiotics and nondigestible plant fiber is a prebiotic so it’s possible that “they independently or synergistically modulate gut microbiota”, according to the research team.  The importance of gut health in immunity and disease prevention is well known (see our previous article,  The Gut – Your Second Brain).  The researchers point out that the benefits of a diet high in fiber and yogurt have already been established for cardiovascular disease and gastrointestinal cancer, and the potential protection from lung cancer is one more reason to eat them regularly. 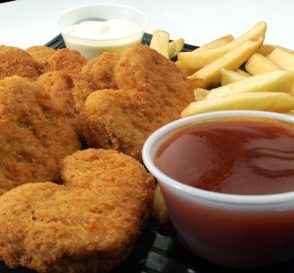 The American Journal of Clinical Nutrition published a study on July 20th stating that “across all preventable risk factors for disease in the US, poor diet is now the leading cause of poor health, associated with more than half a …
Brigitte Kelly|July 23, 2020|