February is Black History Month, celebrating the struggles and accomplishments of the African Diaspora.  It’s also a time to highlight black culture, including art, music, and food.  Soul food is the term used to refer to traditional African American cuisine which originated with the West African slaves in the south who had to be creative and make do with the paltry rations available to them.  These included cornmeal, pork, and whatever they could catch or grow like catfish, collard greens, and sweet potatoes.  The back-breaking work from sunup to sundown had to be supported by enough calories, leading to breading and frying foods or adding pork to greens and other vegetables.  This style of cooking has persisted to this day and what we know as soul food includes such delicacies as fried chicken, macaroni and cheese, and candied yams.

The drawback with soul food is that it is high in saturated fat, salt, and added sugar and contributes to high rates of heart disease, hypertension, obesity, diabetes, and certain cancers.  The good news, however, is that if we take a step back from slavery to the traditional African diet eaten by our ancestors, we find that it was mostly plant-based and included a wide variety of fruits and vegetables, leafy greens, whole grains, and legumes like black-eyed peas and peanuts.  Meat was eaten in very small quantities and often used only as a seasoning.

With some changes in the method of preparation and substituting some of the ingredients, soul food can move from being harmful to actually lowering your risk of chronic disease and pre-existing conditions so often prevalent in the African American community.  Try some of the following suggestions:

You may be reluctant to let go of the traditional soul food recipes you grew up with, and your family may resist any changes you try to make.  It will be easier if you start with small changes and experiment with different flavors to determine what you prefer.  You’ll notice that you feel better and chronic conditions will improve as you embrace soul food that promotes health instead of diminishing it.  You’ll probably also find that you prefer the taste of food prepared with wholesome, nutritious ingredients.  If you miss the old fried chicken or macaroni and cheese, you don’t have to give it up altogether.  Instead of eating it regularly, just save it for special occasions. 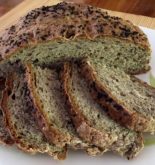 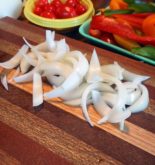 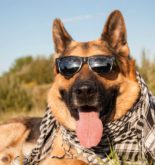 Losing just 10% of your body weight reduces your risk of diabetes by as much as 58%.